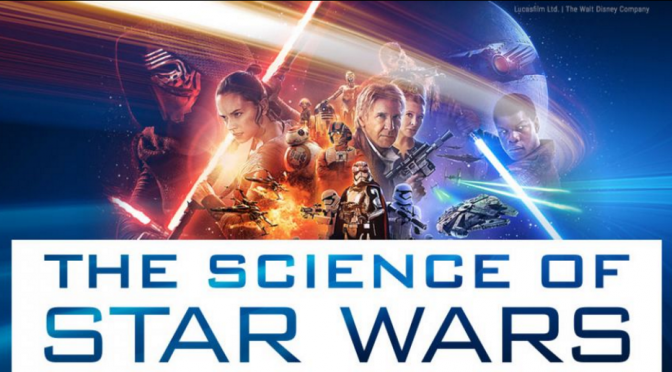 In the past couple of weeks, I had the pleasure of working with the communications office and other faculty at Georgia Tech to produce a series of short articles on the Science of Star Wars. I chose to highlight the findings of NASA’s Kepler Mission and connect them with the planets in the Star Wars Universe. I’ve copied my contribution after the jump.

The Star Wars universe depicts a diverse set of worlds containing a variety of inhabitants. Could such worlds exist in our universe? John Wise, the Dunn Family Assistant Professor in the School of Physics, studies early galaxies and distant objects in the universe. He wonders if there are planets somewhere out there that resemble the ones imagined by George Lucas.

Until 1991, the only planets known to humans were in our Solar System. In that same year, astronomers discovered the first extrasolar planet, now dubbed as exoplanets, by measuring the Doppler shift of stellar spectral lines, effectively witnessing the planet play gravitational tug-of-war with its parent star as it orbits. Over the next decade or so, astronomers refined their planet hunting skills and found more than 30 exoplanets.

This all changed with the launch of NASA’s Kepler Mission, which continually monitored a patch of sky for brightness variations in 150,000 stars. Any dip in brightness can be caused by a planet passing in front of its star, blocking a small fraction of its light. In its four-year run, Kepler detected and confirmed nearly 2,000 planetary systems, ranging from “Hot Jupiters” to frozen, rocky worlds. Intriguingly, a select few lie within the Goldilocks zone where liquid water could exist because the planet isn’t too hot or too cold.

This planetary diversity is also seen in Star Wars – Endor, the home of the Ewoks, that orbits a gaseous giant planet; Hoth, where Luke Skywalker almost froze to death; Alderaan, a blue-green orb not unlike our Earth until it was destroyed by the Death Star; and Tatooine, Luke and Anakin Skywalker’s home planet. One of the most vivid scenes of Episode IV happens when Luke gazes toward the horizon at a binary sunset. When the original was released in 1977, such a scene was restricted to the sci-fi realm, but this is no longer the case. Kepler has now discovered 10 planets that orbit binary star systems, whose possible inhabitants see a similar sight every day.

The Kepler Mission was just the first step in humankind’s discovery of planetary systems in the Milky Way. It only observed 1/400th of the sky. It could only detect planets out to 3,000 light years, which is tiny compared to the Milky Way’s size of 100,000 light years. Using Kepler’s detections, astronomers have estimated that there could be as many as 40 billion planets in our galaxy. But that is only one galaxy! Imagine how many planets are littered among the 100 billion galaxies in the observable universe. Perhaps planets from a long time ago in a galaxy far, far away?