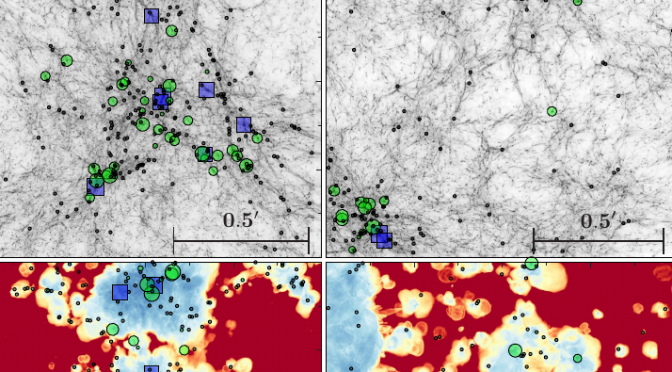 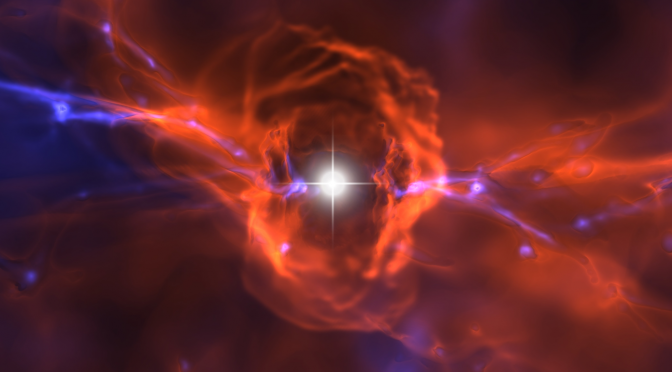 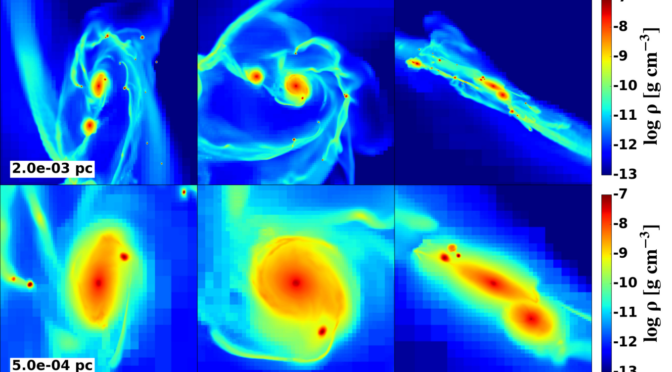 Welcome to the Computational Cosmology group at the Center for Relativistic Astrophysics at Georgia Tech. Here we study the intricacies of both the distant and nearby universe, using state-of-the-art numerical simulations that are run on the world’s largest supercomputers. We are especially interested in the first billion years of the universe, where the building blocks of today’s galaxies assembled, forming the first stars and galaxies in the universe.

Between 300,000 and 50 million years after the Big Bang, the universe was a relatively simple place with neither stars nor galaxies, only darkness. The evolution of the universe during this epoch is well described by analytics. Afterwards, cosmic structures grow non-linearly, and it is further complicated by star and galaxy formation. This is where numerical cosmology simulations come into play. Simulations strive to include all of the relevant physics and resolve the relevant length scales to accurately model this non-linear regime. Please explore the site to learn more about our group.