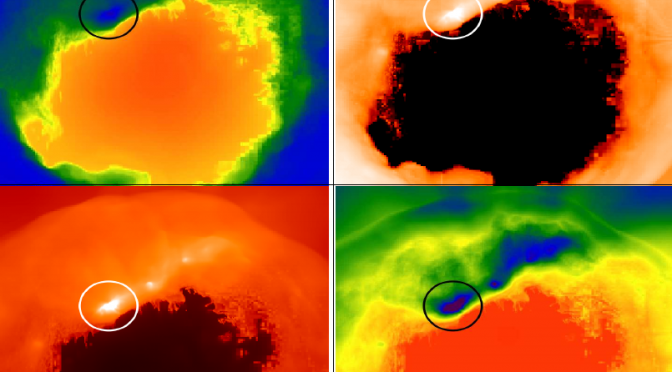 On Wednesday, we submitted a new paper (arXiv), led by John Regan at Durham University, focusing on the formation of a massive black hole at very high redshifts, which are potential seeds for supermassive BHs observed at redshift 6 that have masses around 1 billion solar masses. Here we utilized radiation hydrodynamics simulations that investigated the “close pair” scenario, where a nearby galaxy irradiates a protogalactic gas cloud, preventing it from fragmenting and forming stars.

In this work, we included the effects of X-ray binaries that originate from massive metal-free, so-called Population III, stars. We find that X-rays have a negative feedback when the galaxy is >1 kpc away, heating the gas cloud and reducing the gas supply to feed the BH seed. However when the galaxy is very close (≤ 1 kpc), the X-rays have little effect because the radiation field is dominated by less energetic (13.6 – 60 eV) photons, which have a larger impact on the thermodynamic state of the collapsing gas cloud.