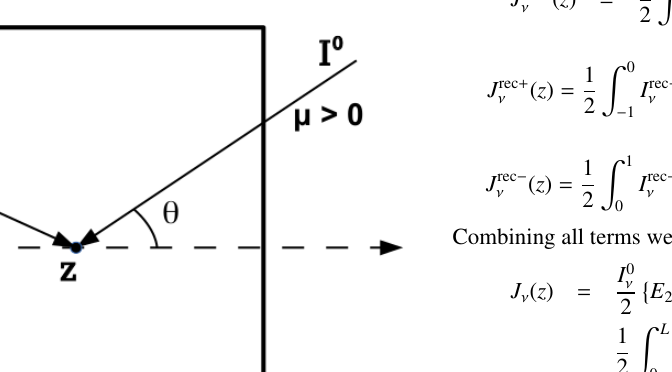 Over the course of the last year of Gabriel’s tenure in the group, we were working on Rabacus, an analytic toolkit for cosmological radiative transfer problems. Its method paper was recently accepted (arXiv) for publication in the relatively new journal Astronomy & Computing. Rabacus can accommodate arbitrary spectra and density profiles and includes the radiative transfer of both hydrogen and helium, including recombination radiation. Its user interface is written in Python with its core modules written in Fortran 90 for computational speed. It is publicly-available with a detailed user guide.

In particular, it can be used to calculate the photo-ionization and photo-heating rates inside cosmological objects that are marginally optically thick. This is important for determining the number density of neutral hydrogen absorbers in the universe, placing constraints on large-scale structure, the ultraviolet radiation background, and the amount of fuel for subsequent star formation.