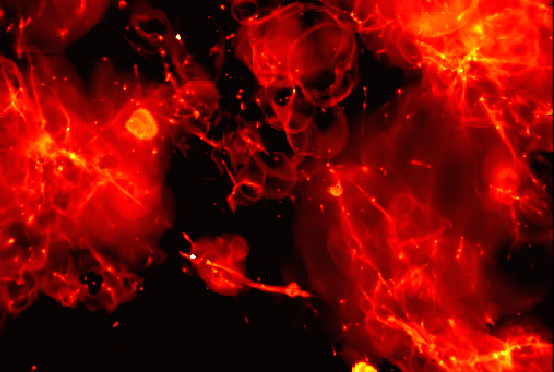 Today, we have submitted a new paper (arXiv) to the Astrophysical Journal on the scaling relations of galaxies that form during the first 300 million years of the universe, just when reionization is beginning. It is important to quantify the global properties of these early galaxies with respect to cosmological structure simulations in order to make observational and theoretical predictions about the first galaxies.  This is especially important with next-generation telescopes, such as the James Webb Space Telescope (JWST), coming online in the next several years. We have calculated correlations between various properties of the first galaxies in a large cosmological simulation of galaxy formation that includes radiative feedback from massive stars. This simulation consumed over 10 million core-hours on two of the biggest supercomputers in the US. Here we find that there is a dichotomy between galaxy properties in their stellar, gaseous, and chemical content in halos that can cool through hydrogen atomic processes (10^8 solar masses around a redshift 10 when the universe was 500 million years old) and those that cannot.