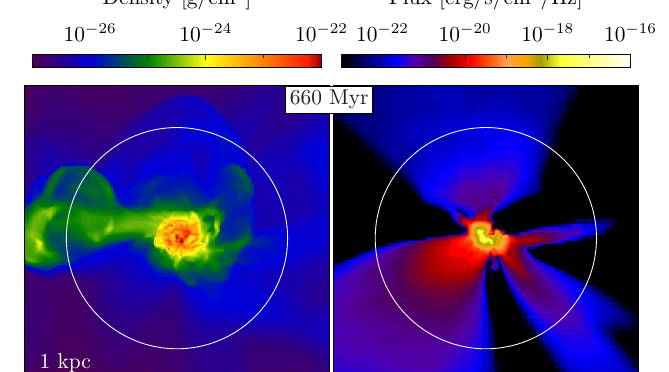 We have finally finished the finale in the The Birth of a Galaxy trilogy, where we further analyzed the data first presented in the second paper of the trilogy. In this paper, we convincingly demonstrate that the faintest galaxies play an important role during reionization, which contribute nearly 30% of the ionizing photon budget. This is important because previous studies of reionization usually ignored the smallest galaxies because they are easily suppressed by external and internal feedback. However, we find that they indeed do form at very high redshifts (z > 10), only to be suppressed as the universe is gradually heated and ionized by galaxies.

We find that these galaxies can be hosted in dark matter halos down to 1 million solar masses. Typically they have only 1,000 to 10,000 solar masses of stars, but these little galaxies are so numerous in the early universe that they dominate the total photon production in the universe at early times. A fraction of these galaxies could even be progenitors of the faintest local galaxies (aka ultra-faint dwarfs). Another major result from this paper is that the fraction of ionizing photons escaping into the intergalactic medium decreases from 50% in small (107 solar masses) halos to 5% in larger (3 x 108 solar masses) halos.