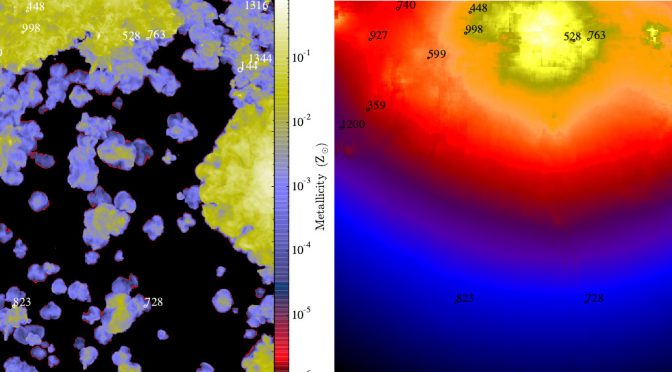 Last week, our paper (arXiv) on the late formation of metal-free (Population III) massive stars was accepted to the Astrophysical Journal.  It was led by Hao Xu at UC – San Diego.  We used a suite of high-resolution simulations, named the Renaissance Simulations, that focuses on the formation of these primordial stars and the first generation of galaxies.  We searched for any living primordial stars in the simulation at a redshift of 7.6, approximately 700 million years after the Big Bang.  We found 14 Population III “galaxies” in the simulation suite, forming in a variety of environments, with the largest metal-free galaxies having just over 1000 solar masses in massive stars. END_OF_DOCUMENT_TOKEN_TO_BE_REPLACED